What is worse than having your rockstar of a horse exhibit new naughty, dangerous behavior on XC and then the next day end up in the ER?

Having all of that, then having your horse exhibit the most extremely dangerous, bad, horrible, naughty, OMG behavior when your trainer rides it.

And then getting into a car accident.


So let's back up. Following my accident and injuries, Hemie spent a week getting ridden around by a barn-mate, mostly easygoing rides to get him out of the stall to make sure he wasn't a basketcase following the incident. He wasn't.

Then my trainer started riding him. While they love each other on the ground, they have never really meshed well under saddle. She is demanding, and a much better rider than me of course, and he gets upset at having to work so hard, so fast, for so long.

She rode him a few times without me, now I come out to help tack him up and watch the ride as a lesson/learning experience. 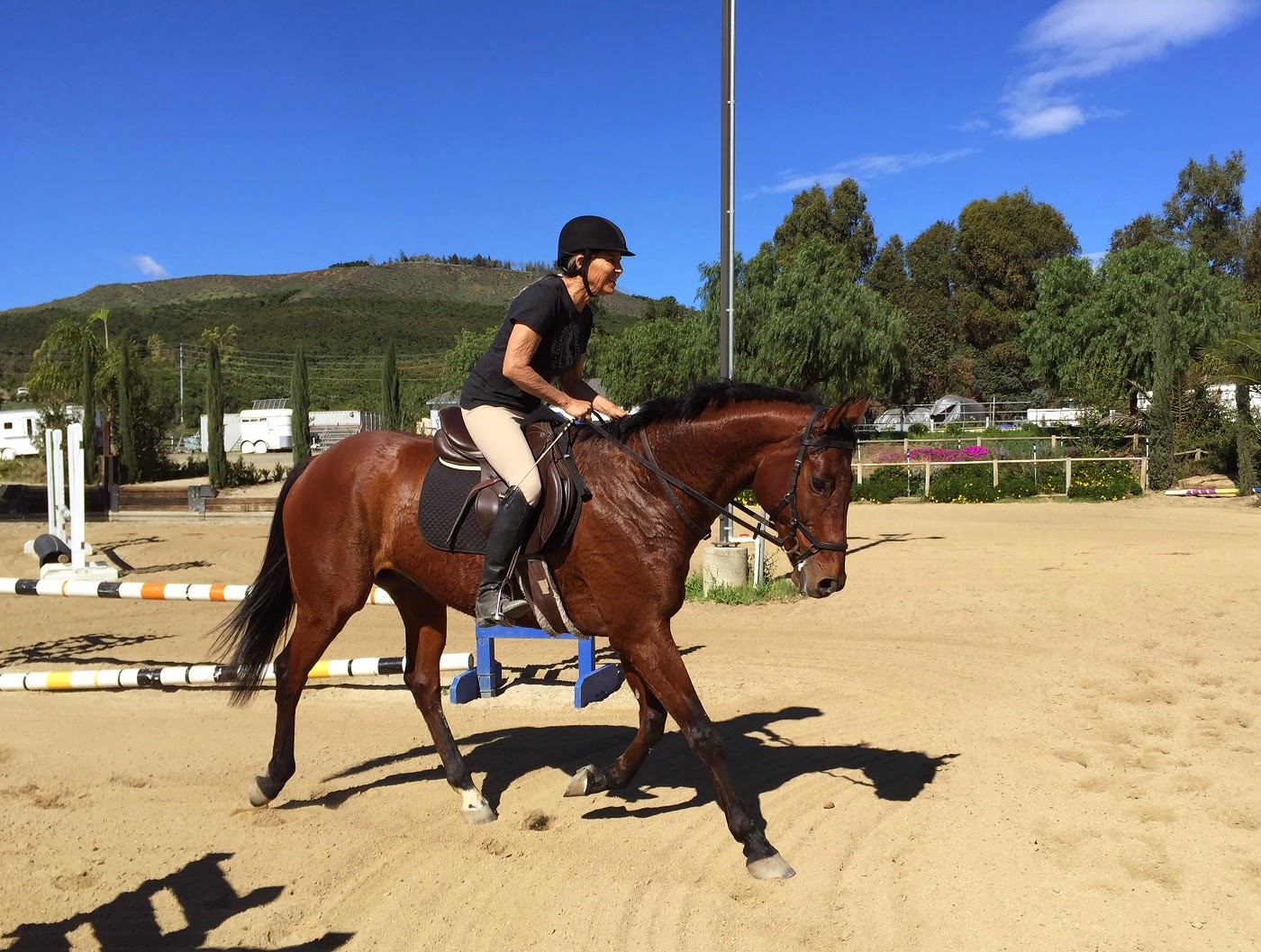 Overall they seemed to be very productive rides. There were outbursts of severe naughtiness (rearing straight up, black-stallion-style with front legs pawing!) but meanwhile the rest of the ride was very good - lots of engagement, connection to the bridle, and that dreaded connection to the left rein while keeping right shoulder straight (so hard!). Laurie is such a professional - always focusing on training and not getting emotional. 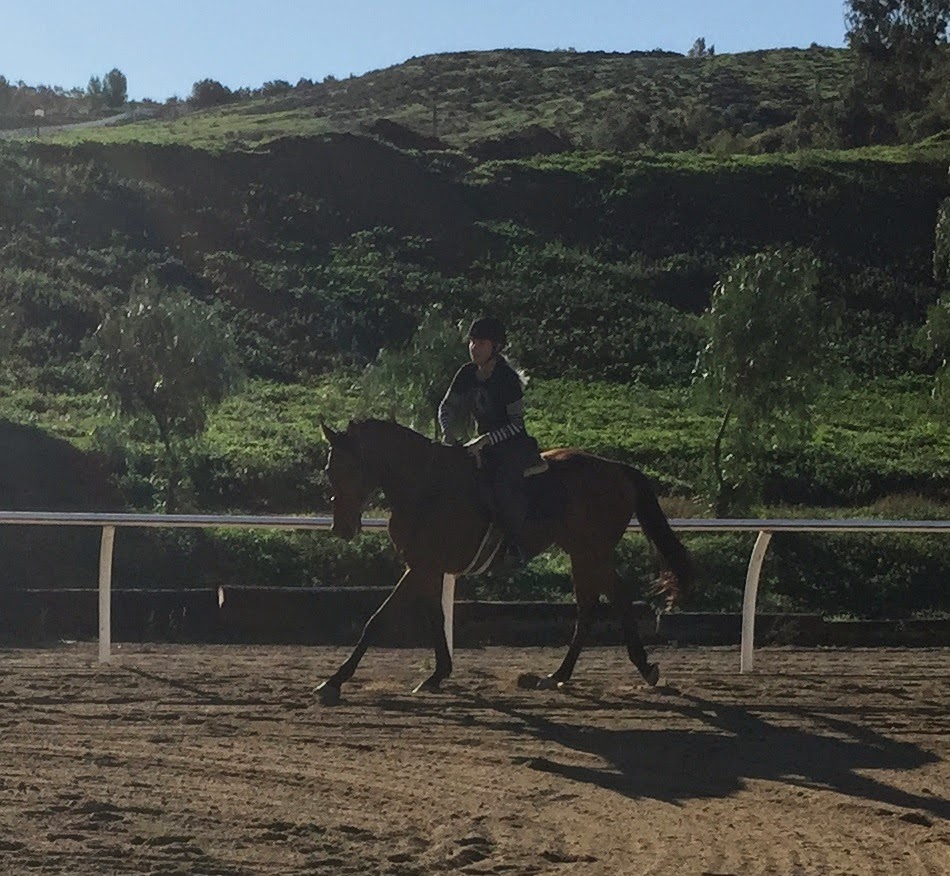 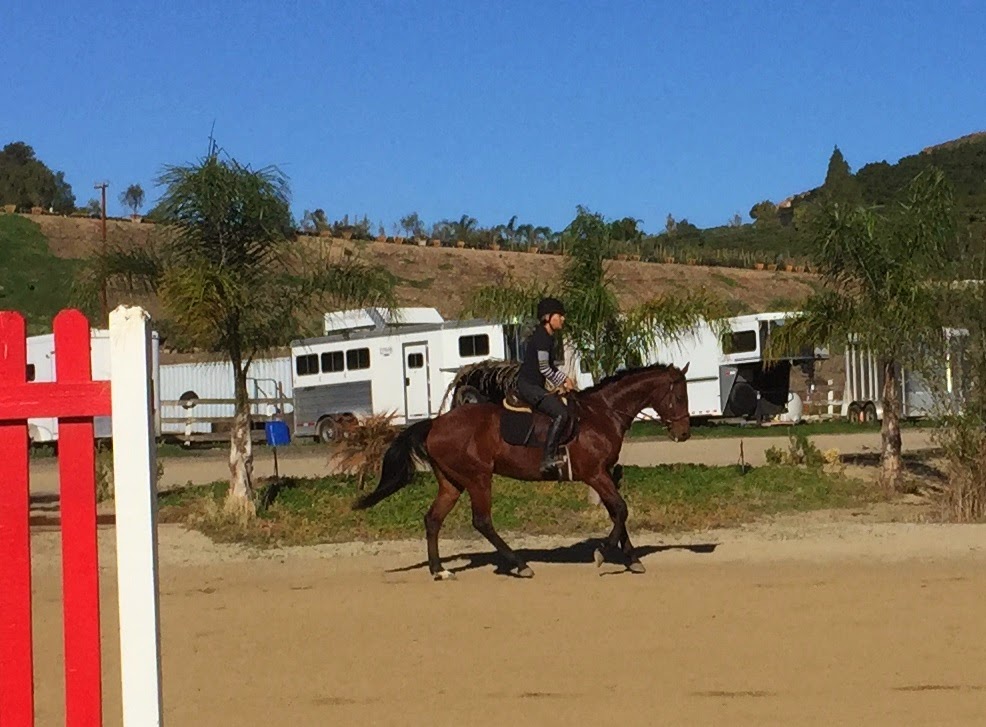 Then there was a ride that started quite well, but nose-dived into the absolute most dangerous horse behavior I've ever witnessed. He reared, he ran backwards, he twisted his neck and body and dodged sideways. Then he practically sat on his haunches like a cat, grabbed the bit in his teeth, stuck his neck out and nose out, then launched forward into a series of jarring leaps, followed by a dead gallop.

He did this 10 different times.

It was a miracle that Laurie stayed on. It was absolutely horrific to watch - I thought for sure she was going to die. To be honest I'm still traumatized from watching it.

Laurie rode again the next day with some tack adjustments (and a different approach completely as a rider), and had a pleasant ride. She has since ridden a number of times. 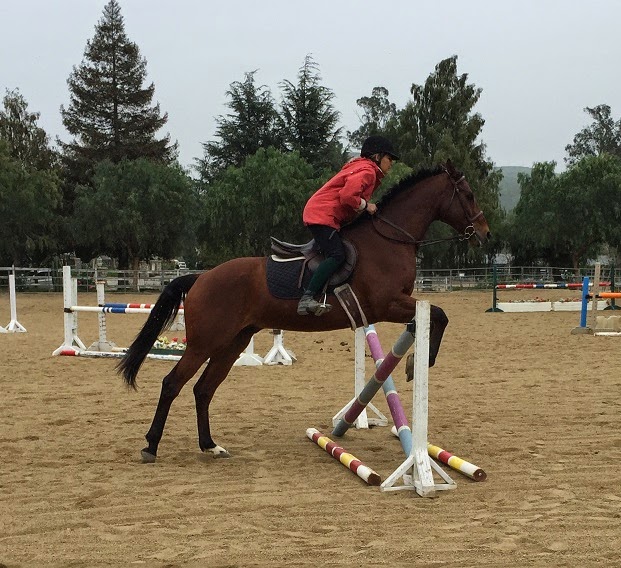 I haven't ridden yet.

I got the all-clear from the doctor, then the next day got into a car accident. It wasn't my fault, but my shoulder doesn't really care. Ugh.


I hope to get back in the saddle this weekend. Not Hemie's though. I need a few relaxing rides - preferably on a 30+ year old horse that's tired and lazy - before I think about getting on Hemie. Also I'm waiting for my air vest to get serviced.

So happy Friday the 13th everyone. I seriously hope you're having a better year than me!