As seen in our last few videos, our jumping training is coming along. We haven't really upped the height of the jumps, but Hemie's form is improving well. He's also getting better in both the approaches and landings. No more squiggles, shoulder bulging, or hip swinging. At least, not regularly! Our current areas of focus have more to do with me than him 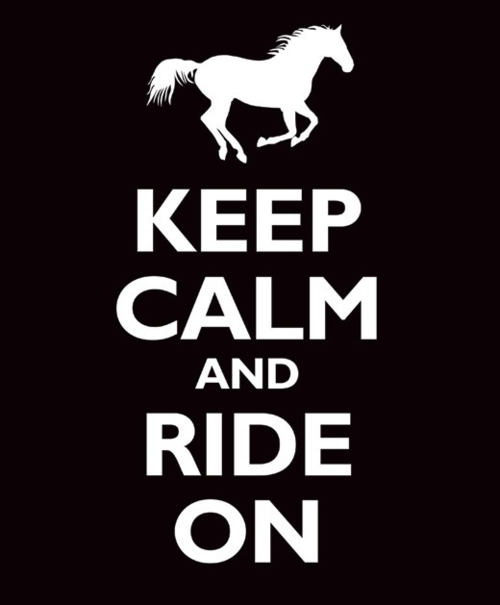 #1. Speed. Even though we're no longer having the up-and-down-bunny-hop issues, I'm holding him back to a short stride and slow pace. He doesn't seem to mind, but my trainer sure does! Its one of those things that I can't work on too much on my own, since I don't *feel* like we're going too slow. But we are working on it during lessons, and Hemie is game. Laurie will have us do combination lines, first going our slow speed and counting strides, then she'll ask us to get it in one less stride (sometimes even 2 less strides!).

#2. Releasing rein. We're working on my ability to loosen the rein several strides (like 4 or 5) before the jump, to see what Hemie chooses to do. About the same time is when I need to change from 2-point to a deeper seat by sitting down in the saddle and lift up my shoulders. If he starts charging, I need to take back the reins to ensure we have a steady, rhythmical approach. But ideally, he should stick his nose out and take me to the jump in an even rhythm. The loose rein allows him to place his body where he thinks it needs to be (slightly shortening or lengthening the stride to reach a good distance) and also allows him to determine his own take off point without getting hit in the mouth.

We're no longer trotting all jumps before doing them at a canter - we'll trot the first 2 but then be cantering the rest of the ride. We are making sure the jumps are "looky-loo" with decorations when possible. About once each ride Hemie will question a jump and make as if to dodge out, which is a good test of (a) my ability to quickly and calmly encourage him to jump and (b) my body position.

On a separate note I've confirmed Shepherd Ranch HT received my entry, and we'll be competing against a horse named "Tiny But Mighty."   How cute is that ?!